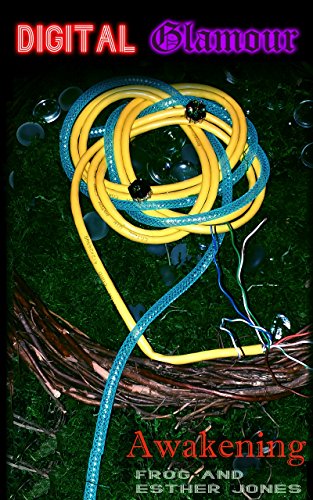 The first Digital Glamour Story, Awakening, is available for pre-order on a number of different digital delivery systems.

The 11th century, AD, was a bad time for fairies. In the West, William the Conqueror is victorious over the fey-assisted Saxons at the Battle of Hastings. The Kievan Rus complete their rise to power despite Baba Yaga’s opposition, spreading cold iron throughout Europe. In the East, Minamoto no Raiko has defeated the Shuten Doji, captain of the fey forces there. The fey take to a full retreat from humanity’s cold iron into a suspended animation state.

One thousand years later comes 2066 AD. Corporate control of humanity has become more overt, and governments are but shells through which corporations ply their votes. The masses of humanity have slid into poverty, with wealth collecting at the very utmost reaches. Technology is prevalent, but food and shelter are scarce. The media controls the masses, the corporations control the media. All government departments have been privatized, including the military, police, fire, and utilities. Some corporations use their resources to aid their people; many do not.

The rise of synthetic materials, ceramics and plastics, has drastically reduced (though not eliminated) the amount of cold iron in the world. The fey emerge to a world not unlike their old one, where almost-feudal CEO’s demand the loyalty of their peasants without properly feeding them. The world is once more safe for the fey, and the thousand years is over. What they will do when they awaken has yet to be seen.