Let’s start with this:  every religion has had followers who believe that God demands the murder of anyone who does not follow their particular overzealous brand of that religion.

Christianity not only included, but especially.  There’s a good millenium of history where the most murderous fanatics around were, in fact, Christian.  Doesn’t mean all Christians are murderers, just means that Christianity contains the potential for fanaticism just the same as any other religion.

Islam is not that different from Christianity.  Same God, same Old Testament, same basic principles.  Christians believe in the divinity of Christ, Muslims believe Christ was a prophet and nothing more.  Muslims follow the teachings of Muhammed, which don’t really look all that different from the teachings of Christ.  There’s far more in common here than different between the religions.

Of course, the last people to admit that will be the believers.

So what I want to address today isn’t that, but we need to start there.  There exist in this world Muslims who are good, peaceful, law-abiding people.  This is simply a fact.  If you disagree with this fact, you’re not going to get the rest of this post, because you are stupid.

Having accepted that premise, we now move to the concept of the refugees. 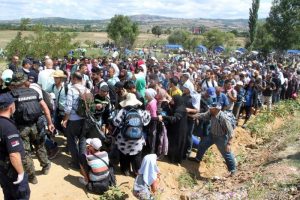 There are thousands upon thousands of refugees pouring into the Western World from the violence in the Middle East.  From, largely, ISIS.  And that makes sense.  When you’re living in a brutal, fanatical fundamentalist theocracy who tells you it’s your duty to die for Allah, you want to get the fuck out of there.  I think we can all back that.

These are not, for the most part, extremists.  They are not jihadis heading off to war.  They are people who want to get the far as fuck away from war as possible.  They want to practice their religion in peace.

But there is an issue, and it’s one we need to be honest about.  Some of these refugees will not be refugees.  They will be terrorists, placed into the stream of refugees, to kill us.  If we accept the refugees from ISIS, Americans will die as a result.  This is also a fact. 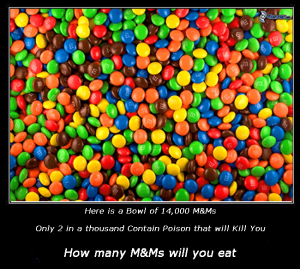 This fact has led to what I will call the “bowl of M&M’s” hypothetical:

There’s a bowl.  It contains (a large number) of M&M’s.  Most of them are perfectly fine, but (a small number) are poisoned so that they will kill you.

How many do you eat?

If we think of the stream of refugees as M&M’s, then some of them are poisoned.  There are a couple of those that will kill some of us.  But this analogy gets the risk/reward dynamic of the refugees entirely fucked up.  Here’s why: 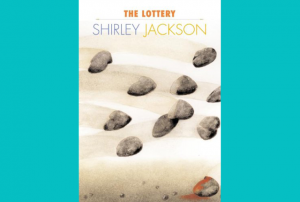 The Risk
I’m not asking that you, personally eat the entire fucking bowl.  That would kill you, because it would guarantee you eat the poisoned one.

No, I’m asking that everyone in America line up a la The Lottery by Shirley Jackson, and we take our odds.  Each one of us is given an M&M.  Odds are, the one we have is not going to kill us.  We’re probably going to be fine.  Except that some of us are definitely going to die.  I’m asking each American to accept the relatively small risk that it will be them.  By doing this, I agree that I am asking us to put our lives on the line, because some of us will die as a result.  Why in the fuck would I do that? 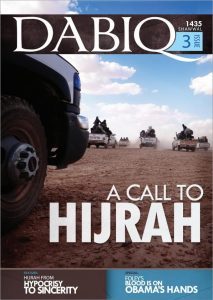 Well, the reward is this:  that person is going to die if the West does not accept them.  ISIS will kill them.  How do I know this?  Well, because ISIS fucking published it.  There’s a magazine, it’s called Dabiq, and they have basically laid out their plans for everyone to read.

Oh, it’s sheer propaganda, but all you have to do is read their propaganda to figure out their goals.  And one of their major goals is for Muslims across the world to make the Hijrah to ISIS, a pilgrimage to join their Caliphate.

That would be exactly the opposite of what the refugees are doing.  That makes the refugees “infidels” in the eyes of ISIS, and we all know what they do to “infidels.”

So let’s get back to our M&M’s.  In this situation, I hand you an M&M.  I tell you that there is a small, but not impossible, chance that eating this M&M will kill you.  I then tell you that if you do not eat the M&M, ISIS will absolutely kill someone.  You won’t know them.  They probably won’t be of your religion.  Your life will go on mostly as it always has, except that you will carry with you the knowledge that you could have saved a life and made the conscious choice not to for your own selfish reasons.

And therein is the choice for us.  Some of these refugees will absolutely kill us.  But I don’t come from some weak-ass country, I come from America.  This is the Land of the Free and the Home of the Brave.  I accept that some of us will die as the result of allowing Islamic refugees in.

It is still the right thing to do.