Alright, it’s been a year, and I’m ready to break down the #Gamergate debacle.  I shall attempt to do so, and then I shall await the flensing that comes when any blogger touches this, the internet’s third rail.

I’m going to break this thing down into phases.  I’m going to do that because I think there’s a lesson to be learned in how this thing fell apart, because there is no topic that we bring up that couldn’t do this exact thing.  #Gamergate is a horrific example of how things snowball on the internet.  Let’s rewind back to the beginning, and watch what happened.

Phase 1:  Zoe Quinn gets a lot of attention for Depression Quest

Depression Quest is actually an interesting game that tries to simulate a struggle with depression.  It’s pretty dark, not very fun (and not meant to be), and relatively stark.  It has no flashy graphics, just static pictures and text overlaid with melancholy music.

In short, it’s not a very fancy video game.  Despite its lack of sophistication, it’s powerful.  And Quinn was heralded by reviewers as having done an awesome thing.

However, gamers used to sweet graphics and twitch gameplay, half of whom get triggered by Quinn’s game and don’t even know it, could not understand what the hype was about.  There’s no cool action, no anything really.  It’s a choose-your-own-adventure novel, essentially.  Judged by the criteria on which most gamers judge games, Depression Quest sucks.

So, the perspective of gamers at this point in time is this:  (1)There is a game that sucks, that (2) is getting incredible press.  This becomes consensus, and quickly accepted as a given.  As a result, the logical conclusion is that something is going on with the press.

This, by the way, is not a new theory.  Fact of the matter is, there’s a revolving door between the video game industry and the video game reviewing industry, and the same sites that review the games also advertise them for money, and there’s a lot of issues running around in general.

So it’s natural, even predictable, that the internet went searching for a reason that Depression Quest got a bunch of attention while not being a “good” game (again, by gamer standards).  I point this out simply to show that there were people, in the beginning, who did not get into #Gamergate as a gender issue at all.

Phase 3:  Someone finds out Zoe Quinn is an adult female

Let me be clear here.  Ms. Quinn did nothing wrong.  The two reported their relationship to Kotaku, and did all in their power to ensure that Grayson did not work on Ms. Quinn’s stories after that.

Still, there was a concern here, and it’s not an invalid one:  Did Mr. Grayson influence the press?  I tend to think not, because I’ve played Depression Quest and I get why it has good reviews.  But given the tendency of gaming journalism to be skewed, and given the level of frustration about it, it’s not really shocking that this popped off.

Adults, when put into this situation, compose clearly thought-out arguments and try to sort through them to find the truth; it has been this way since Socrates.

But not all gamers are adults, or act like it.

Instead, a subset of gamers concerned about journalistic ethics expressed their concern in a wildly inappropriate fashion.  Sadly, that subset tends to be one of the most vocal and flamboyant groups, and therefore is the one that draws the most attention.  I say “preteen boys,” and I have no doubt that most of these people were.  Some weren’t, but they were acting like it.

Death threats, rape threats, publication of documents (“doxing,”) – Quinn got hit with it all.  And as the theory about her sleeping her way to good reviews spread, one post to another, the vitriol grew with it.  Soon, people are reacting to Quinn having read only the column of some other vitriolic asshole, and they respond in kind.

Phase 5:  For every action, there is an equal and opposite reaction

Now, Quinn needed defending.  She was being unfairly harassed, and the form that harassment was taking was nasty and misogynistic.  There’s no doubt that she was taking more harassment because of her gender.  There were evil, misogynist, and juvenile assholes going off the rails, and they were in the wrong.  I have no problem with the SJW’s stepping in to back Zoe Quinn.

Gender has long been a huge issue in video game culture.  It’s a back-built pressure, and it’s about time someone did something about the misogyny that is undoubtedly present.

But here’s the problem:  anyone using the #Gamergate tag was branded an evil, misogynist bastard.  The SJW’s didn’t stop at simply condemning the nasty behavior being targeted at Quinn and her supporters.  They labelled the entire group as being responsible for the behavior of a few.

From the perspective of the SJW, #Gamergate supporters were doing evil things.  Therefore, #Gamergate was evil.  Therefore, anyone who wanted to talk about it, even if they too condemned the juvenile behavior of their colleagues, was evil.

So, now we’ve got a group of people who thought they were reacting to press ethics who are now being told that they were never talking about the press, they were just part of a secret, misogynist cult from the beginning.  Simply by getting into the discussion, they are brutal, woman-hating pigs who should be ashamed of themselves.

And this group of people?  They’re shocked.  Offended.  And given no leeway at all.  They were a part of Gamergate, and so now they are the devil.  End of story.

Suddenly, SJW becomes a pejorative.  This group starts seeing the posts of the SJWs as irrelevant, becoming more and more disillusioned with the ideas of diversity.  To them, the fight is now about their freedom, not about misogyny.  From their perspective, the SJW’s attacked an honest argument about journalistic integrity by “playing the gender card.”  That makes SJW’s worthless. 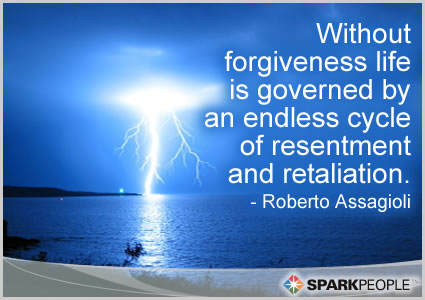 So now the Gamergaters, even the ones who didn’t start out bigoted and nasty, are quickly becoming or have become bigoted and nasty.  The SJWs have become more high-handed and judgmental than ever, not stopping to parse the situation but rather judging everyone involved, a much easier course to feeling morally righteous about onesself.

And the more debate happens, the more worthless juveniles on both sides behave inappropriately.  So the death threats, and rape threats, and murder threats abound, and both groups are guilty by association with their lesser minds.

It’s not about Quinn anymore.  It’s not about Anita Sarkeesian, or Brianna Wu, or any of the other victims.  It stopped being about the press long ago.  It’s now simply about two groups of people who hate each other.  Both of them believe they are justified.  The battle lines have been drawn, and there will be no compromise.  #Gamergaters turn into Sad Puppies and blow up the Hugo nominations.  SJW’s get their revenge by declaring Worldcon to be invalid.  The wheel keeps on spinning, around and around, like a modern-day Hatfield-and-McCoy scenario.

So, what do I think about this?

I think people are individuals.  I think that there were well-meaning people on both sides of this damned thing that got caught up in a shitstorm and dragged to one side or the other.  I think misogyny and the actions of the vocal-asshole #Gamergaters were absolutely wrong.  But I also think that the #Gamergaters who tried to keep things en pointe and called out the vocal-asshole contingent were unfairly painted with a brush much wider than it needed to be.

Here’s the thing that scares me:  This evolution can happen to any conversation at any point in time.  It’s a series of inappropriate overreactions, each one of which is targeted at an ever-growing population, who then get sucked into the vortex of hatred that one of these debates invariably creates.  And nobody is going to admit they’re part of the problem, and that is just going to make the problem worse.

Place the blame where it belongs.  If you were making a death threat, or a rape threat, or in any way personally harassing someone on the other side of the debate, fuck you.  If you knew about that activity and condoned or ignored it, fuck you.  But if you argued against that activity and still got called a bigot, then I’m sorry that happened to you.  On the other side, if you believe that people should live a life free of harassment, then good on you.  If you believe that we need to act with respect towards one another no matter what disagreement we’re having, good on you.  But if you condemned the many for the actions of the few, then fuck you.  And if you responded to hate with hate, then fuck you.  All you did in those situations was make the matter worse.

The internet is an amazing tool.  It allows us to share our thoughts like never before, and it allows ideas to travel the world at the speed of light.  Sadly, some ideas are bullshit.  And it’s much easier to be caught in a web of hatred, stridently arguing your position, than it is to take a step back and acknowledge that the world is a very complicated place, and maybe when it all comes together in one forum there is more than a black-and-white scenario going on.

So, there it is.  Blog responsibly, people.  In fact, #blogresponsibly.  Let there be a voice for moderation, for reasonable discourse, and above all for humanity.  Because if we as a society continue to abuse this amazing tool we’ve created, it’s just going to keep abusing us back.