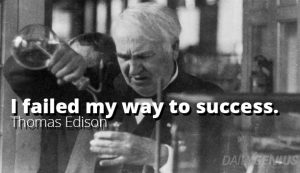 So, as of today the Grant-Frog style has existed for an entire week.  It has been one of the strangest weeks of my writing career.

Let me start by saying this:  the style started as a lark.  Grant Riddell and I were getting drunk at the Norwescon Small Press party, having a good ol’ time, and cracking jokes.  This style was one of those jokes, a joke so funny that we had to share it with the rest of the world.

People that I have never met are talking about it.  The concept is being linked around the net, and it’s starting to become a real thing.  And we’ve started noticing a couple of things.

The first thing we noticed was the complaints.  Writing in Grant-Frog Style is hard, said the writers who attempted it.  And it is.  Following the format strictly is ridiculously difficult.  We built it based on a common error, but even the bad stories we read didn’t use it all the time.  Why, asked the writers, did you make this so god-damned hard?

The answer, interestingly, is that we did none of this with intention.  The idea that the Style came from anything other than a manic conversation fueled by Angry Orchard Cider and beer from some local brewery vastly overestimates our level of planning. 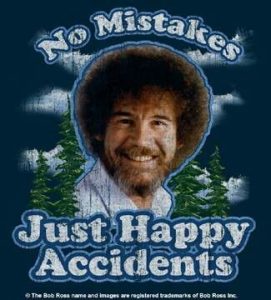 That said, it’s something of a happy accident.

I’ve been doing a sentence-of-the-day on Facebook for the last week, punctuated with #grantfrog.  Every day, I try to do a little Grant-Frog writing.  And the authors who have tried are right; it is damnably hard.  Making sure that every noun is immediately preceded by a “the” requires that you parse every damn sentence and make sure you don’t miss a noun buried in there somewhere.

What’s interesting, though, is this:  most of the time, when I write, I’m simply typing the words as fast as they come to my head.  I’m not sitting down to parse the structure of every sentence, I’m just letting it flow.  Revision comes later.

Now that I’m doing these sentences, though, something strange is happening to the rest of my writing.  I’ve found myself actively thinking about my words as I lay them down.  My exercise in writing terribly has actually improved the quality of my initial drafting.

Grant-Frog has, for me, become something of a stretching exercise.  Like getting your forehead as close to your ankle as you possibly can before you go out for a run.  It’s uncomfortable, it’s hard, and (fun fact)  you are never going to run by kicking your forehead.  It simply won’t work.  But by doing that, your leg and back limber up.  You stretch your muscles to their limit, and suddenly normal motion becomes easier, more fluid.

Now, I write a little Grant-Frog, and it’s uncomfortable.  It’s hard.  And it’s about as effective in terms of writing as kicking oneself in the forehead would be to a pleasant jog.  But I’ve found that it limbers me up.  I stretch whatever internal, creative muscles I have, and then writing other things becomes easier, more fluid.

This doesn’t mean I don’t need to revise, but it does feel like things are cranked up a notch in terms of the quality of work I’m producing on the initial go, and when I do revise I’m catching a lot more.

I’m still interested to read the atrocious works of fiction that people are out there busily generating.  They’re going to be amazing, and we’re going to have a world of fun with them.  But now I’m also thinking that the reactions of people who go out of their way to write one is going to be nearly as interesting.  I want to know if other people get as much from this stupid drunken accident of a creative writing practice as I do.

Maybe we’ll make it into an MFA syllabus after all.