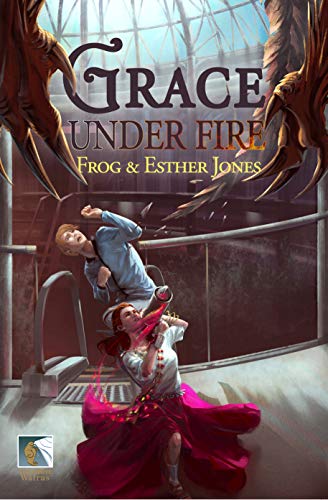 Everyone’s had a terrible boss—but most aren’t in charge of a covert syndicate of underground magic users already hated by the public and targeted by law enforcement.

I’m pretty sure mine is trying to kill me. Summoners go missing, and he picks me to go check if demons are running loose and “report back.”

I’ve got no backup.

And orders to stay under the radar…

While confronting supernatural evil that obliterates everything—and anyone in its way.

An orphaned teen, with uncontrolled magic and an even bigger genius for trouble, appears to be next on its hit list.

If we live, I’m going to retire and find a tropical beach with fabulous tacos.

Grace Moore is a Seattle woman with a unique sense of fashion, an obsession for delicious and exotic food, and a highly illegal magical ability to change the reality around her.

Robert Lorents is a foster kid living in Spokane. A teenage band nerd with his head wrapped around romantic fantasies and his heart firmly ensconced in his saxophone case, the sudden death of his one remaining biological relative launches him down a path to learn his own fantastic—if felonious—powers.

These two are forced together by circumstance– an unwilling mentor and an uncontrolled student– to face a threat on their own that has already annihilated summoners far more powerful than they. To save reality as we know it, they must learn to work with one another, discover the true nature of their opponent, and, of course, avoid getting arrested for trying to save our existence.

The Gift of Grace Urban Fantasy action adventure books are the flagship series for us, full of snarky, dark humor, magic, mysteries, and an unlikely strong female, male duo that you’ll love to to cheer for.