One of the hardest stories to write is, in fact, your own. Frog and Esther are both full-time professionals and part-time fantasy authors to boot. They prefer the writing, but the legal work pays the bills.  They met at Eastern Washington University through curious circumstances involving roommates, and despite dire warnings from friends and enemies dated and then married. 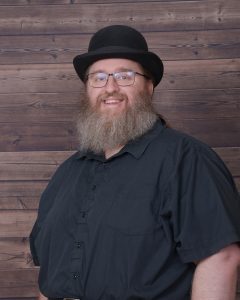 Frog Jones was born and raised in a small town in Whitman County.  A child of the Palouse, the first thirty years of his life was lived within a one-mile radius of at least one grain bin.

He studied Literary Studies, History, and Philosophy at EWU, and received a Juris Doctorate from the University of Idaho.  He currently practices as the Chief Public Defender of Mason County, Washington and is one of the training leads for the Washington Defender’s Association.  But those are the day jobs.

In the evening, Frog is an avid WoW RPer – he can be found skulking about as Cuhlan on the Wyrmrest Accord server.  He loves board games and tabletop games as well as writing alongside his wife. 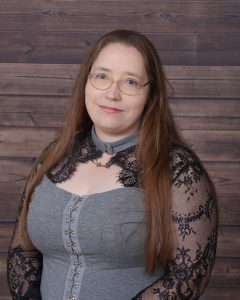 Esther Jones (nee Reed) is a child of Renton, Washington, and grew up among the evergreens west of the Cascades.

A student of both English and Anthropology at EWU, Esther currently works as a Legal Assistant for the State of Washington.

In the evening, Esther can usually be found watching one of her favorite animes or K-dramas, or gaming alongside her husband.